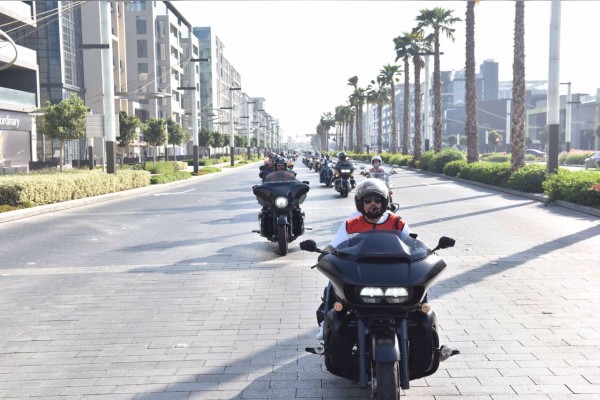 WAM -- More than 100 bikers gathered on Saturday at the City Walk 2 in Dubai to take part in the "Ride for Dubai International Humanitarian Aid & Development Conference & Exhibition (DIHAD) Parade''. The male and female bikers volunteered to take part in this parade which is dedicated to raise awareness for DIHAD’s theme for this year: The Impact of Crisis and Disasters on Children.

The parade also aimed to shed the light on children who are languishing from injustice caused by disasters and wars.

This activity came in response to the initiative of President His Highness Sheikh Khalifa bin Zayed Al Nahyan on the occasion of declaring the 2017 as the year of Giving.

Bikers who came from the 7 emirates showed great enthusiasm to participate in the parade, they all wanted to be part of this good cause. This is a reflection for the good will and the love for charity in the people living in the UAE.

Dr. Abdul Salam Al Madani, Executive Chairman of DIHAD, expressed his gratitude for the instant cooperation shown by all participants and supporters to the "Ride for DIHAD" Parade.

He said, "We are sons and daughters of this nation and we are part of this country which has a very prestigious reputation when it comes to charity and humanitarian work. The UAE has become an international role model in this field by providing aid and humanitarian support to the victims of wars and disasters."