2017 is the Year of Islamic Solidarity in Azerbaijan 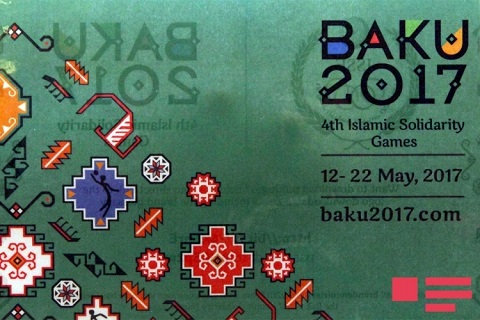 The President of the Republic of Azerbaijan Ilham Aliyev has declared 2017 the Year of Islamic Solidarity in Azerbaijan. In the decree signed by the President of the country it is said that Azerbaijan has been one of the main centers of Islamic civilization for centuries. Azerbaijan has played a significant role in the spread of Islam, as well as establishment of Muslim renaissance. All of these paved the way for the formation of material and non-material heritage of Islam on the territory of Azerbaijan. Shamakhi Juma Mosque built in 743 and also ancient manuscripts stored in the museums of our country are vivid graphic examples of Islamic culture.

At present the number of Mosques in Azerbaijan has exceeded 2000, and more than 300 of these mosques are protected as historical   and   cultural   monuments.  In   the   recent   years,   the   valuable monuments   of   Islamic   culture   Bibiheybat,  Tazapir,  Ajdarbay,   Shamakhi Juma mosques and  "İmamzada" complex in Ganja city have been reconstructed and  renovated. Heydar Mosque, which was built in the capital of Azerbaijan, Baku city, is   the   most   spectacular   temple   in the South Caucasus.

The Republic of Azerbaijan has established mutually beneficial relations with the Islamic world and acted as the initiator of a number of globally important cultural forums since it was elected as a member of the Organization of Islamic Cooperation, ISESCO, as well as other organizations.

Azerbaijan   made   great contributions   to   the   formation   of   tolerance atmosphere, establishment of multiculturalism,   intercultural   and inter-civilization   dialogue.  Azerbaijan's   reputation   in   the   Islamic   world proved itself by declaring Baku city the capital of Islamic culture in 2009 and Nakhichevan city in 2018 year. The decision on holding the IV Islamic Solidarity Games in Baku in 2017 creates favorable conditions for our country to take the next steps in the sphere of strengthening Islamic solidarity.

The 4th Islamic Solidarity Games will bring Islamic countries together, attracting young people and encouraging solidarity between them. Baku is a beautiful city that embodies Islamic traditions with a modern vibrant civil society.  Having a multicultural, multi-faith embracing attitude, Baku will become a great setting for celebrating world-class sport and demonstrating the world that Islam is all about acceptance, empowerment and peace.

We will unite to welcome everyone to the 4th Islamic Solidarity Games in Baku in 2017, with warm hospitality and respect, promoting the positive image of Islam. Supporting youth and women in particular, endorsing our values with peace, love and harmony, and striving for excellence in everything we do to deliver a memorable international sporting event.

Azerbaijan has proven to be a successful host of many international and regional events and competitions, including 2012 Eurovision Song Contest, 2012 FIFA U-17 Women's World Cup, 2016 First European Games, F1 European Grand Prix, and World Chess Olympiad.

The President Ilham Aliyev said that the Islamic Solidarity Games are of great significance for our country. “By holding these Games, we will once again show our power and opportunities, we will demonstrate commitment to our religious values and try to unite the Islamic world.  This is our policy. Our policy is sincere, proper, fair, principled and courageous. I am sure that Baku 2017 Islamic Solidarity Games will be Games of unity, brotherhood and friendship," the President said.

Azerbaijan, located at the crossroads of civilizations, enjoys its great history, traditions and culture. For centuries, representatives of different ethnic groups and religions have lived in peace and prosperity, and Azerbaijan country will do its best to host this competition at the highest level.

The 4th Islamic Solidarity Games, which will bring together athletes from 57 countries, will be held on May 12-22, 2017 under the motto “Solidarity is our strength.”