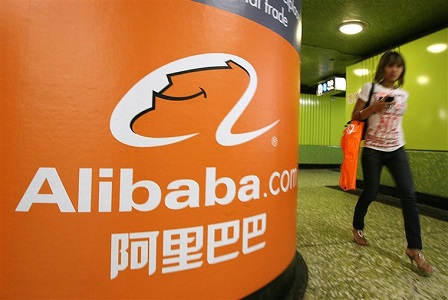 The event regularly racks up bigger sales than Black Friday and Cyber Monday combined — and with more than half a day left in the shopping extravaganza, Alibaba (BABA) appears to be on track to surpass last year's $30 billion haul.

This year's Singles Day comes as Alibaba's growth is under pressure from China's slowing economy and the trade war with the United States.

"Singles Day is being held up as a bellwether of Chinese consumers' willingness to spend in the face of a domestic slowdown" wrote Jeffrey Halley, senior market analyst for Asia Pacific at Oanda, in a note Monday. But "deeply discounting prices always brings consumers out to play, no matter how bad the economy might be," he added.

Singles Day is an informal, anti-Valentine's Day holiday in China celebrating people who aren't in relationships. Its date, November 11, was chosen because the date is written as four ones, or singles.

Alibaba started offering Singles Day discounts in 2009 and has since turned the day into a 24-hour bonanza of online shopping in China.

But the Singles Day event in China is by far the splashiest.