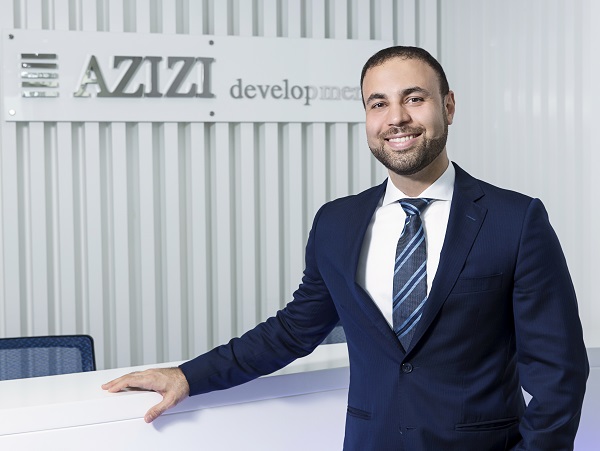 During Cityscape Global 2017 we met with Farhad Azizi, the Chief Executive Officer for Azizi Developments, a subsidiary of the Azizi Group of which he is the Vice-Chairman. We spoke about Dubai's latest mega-project, its AED 12 billion (US $3.27 billion) Azizi Riviera waterfront project which is situated within Dubai’s Meydan One development in Mohammad Bin Rashid Al Maktoum City.

During Cityscape Global 2017, you announced the launch of the 2nd phase of the Riviera project. Please tell us more about this new phase.

Indeed, we announced the 2nd phase of the Azizi Riviera project which is an overall AED 12bn waterfront investment with 70 buildings to construct. The first phase was launched several months back and it is fully sold out. Now, the 2nd phase has been launched during Cityscape and it has been very successful.

The project is located in the Meydan area, one of Dubai’s most prestigious neighborhoods. It is next to Meydan One Mall which is coming up. This property is mostly residential, it has a commercial area and it comprises of two four and five-star hotels. It has a lot of facilities and it is a low-rise property, without any tall buildings, inspired by the French Riviera.

The Riviera project is very appealing to the mid-class market.

People would rather buy a home rather than continue to pay rent. If they get bank financing, they stop paying rent and they start paying back the bank against their property, so it is a great deal. Any property, I think, between AED 500 000 and 2 million is a good property; it is one of those that many people can afford. Properties above 2 million become luxurious and a bit expensive. 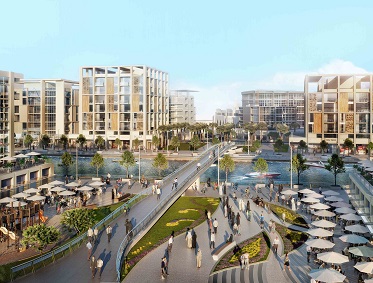 When is construction of the second phase of the Riviera project going to start? When will it be ready? And what about payment plans?

Construction has already started. The first few buildings will be delivered end of 2018 in phase one. Then, by 2019, most of the other phases will be delivered and a big part of the project will be done. In terms of the payment, it is a 50/50 plan. We do not want to have a very stretched payment plan. We think a 50/50 or 40/60 is a more realistic payment plan. We want to stick to something realistic and a lot of our clients like that. They do not want to have complex payment plans.

People want to purchase by making a down payment, and then paying the balance upon delivery.

This is the first year where people can actually purchase a property at Cityscape. Are you running any kind of promotion or special deal relative to that?

Yes, we have an 8% return rate, for 3 years, guaranteed. So during Cityscape anybody who buys a property when the property is ready, they will receive a yearly return of 8% for three years, which is a big number, after deduction of all costs. And the reason we do that is that we believe in the Dubai market, we believe it is a strong market.

I remember, in previous years, you had a smaller stand, and now it seems you are growing considerably. How are your figures in 2017? Are they in line with what you planned and forecasted?

We had a stand of 150 sqm and now it is a stand of 900 sqm! And yes, what we had planned is exactly what is happening. In fact the only thing that is not happening according to plan is that we have more projects and we are happy with that, because the demand is there. There are a lot of people who believe in Dubai.

There are a lot of tenants who thought they will live here for 3 or 4 years, yet they like the city so much that want to live here forever, I guess, so they want to buy a home now, as they were renting before and rents are a bit high.

In terms of the units, you have one, two or three-bedroom apartments. What is the range of prices of these?

We have various one, two and three-bedroom apartments, but we also have many studios. The starting price for a studio is AED 426 000, that is the cheapest for a 400-square foot area, in a good location. It is close to many things such as the Downtown and Sheikh Zayed Road, and there are a lot of projects being developed there too, not only by us. Sobha has developments there. Meydan is developing the Meydan One Mall which is of big magnitude and it is presently under construction. It is a busy area.

Are you looking to develop projects in other locations? We previously mentioned 40 different locations, in particular Al Furjan project, has it been successful so far?

We are always looking out for different locations. We are looking into more land in Meydan area, in Downtown, in al Furjan, in Jebel Ali and in other locations. The project at Al Furjan is very successful,  we have delivered a lot; almost 1000 apartments during the past 12 months, that is a big number. And we have more buildings coming up and by the end of the year, we will be delivering 800 more apartments.

Russian and Chinese tourists can now obtain visas upon their arrival into Dubai; Chinese since October 2016 and Russians since February 2017. How does this affect your business? How do you target them?

Visa-On-Arrival is a good thing for us. There are a lot of Chinese buyers. This is a big change! They are not as many as Indian buyers, but their number is increasing. To target them, first, the Visa-On-Arrival is of big help with Chinese, same goes for Russian buyers.

The Russian market is undergoing some changes which might affect the ruble in a positive manner, there are the Presidential elections that will take place in March 2018 and the number of Russian visitors to Dubai has increased by 90% throughout this year.

With Russians we did not have big changes in numbers, but with Chinese we witnessed an increase. Before if we had buyers of 5 units, now we sell 15 to them. The numbers have changed drastically and that is because of Visa-on-Arrival. They now have easy access to Dubai, and we hope the Russian buyers will increase as well.