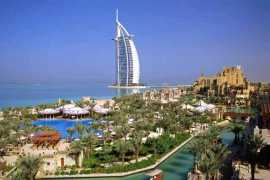 More than 500 members of Dubai's front office tourism industry were hosted by Dubai’s Department of Tourism & Commerce Marketing (DTCM) at the first city briefing event. Held at JW Marriott Marquis, DTCM invited Destination Management Companies (DMC) operators as well as hotel concierges and front of house staff to join for a briefing on major upcoming events for the next quarter, such as the Dubai Shopping Festival, Dubai Food Festival, Dubai Football Challenge as well as other updates... Read More 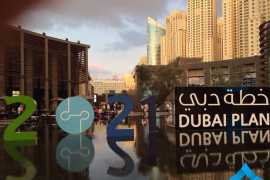 The plan outlines the emirate’s development framework over the next seven years.

The framework of the plan includes six themes that aim to define and describe Dubai in the year 2021: a city of happy, creative and empowered people; an inclusive and cohesive society; the preferred place to live,... Read More 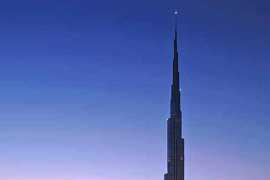 Six themes that make up The Dubai Plan 2021

Dubai: Devising a strategic framework to develop a city that accommodates a melting pot of perspectives, aspirations and expectations is no easy task. The Dubai Plan 2021 has approached this complex task by a clear and lucid segmentation of the overarching strategy into six themes that collectively define Dubai’s ethos and progress. Each theme highlights a set of developmental aims that come together to form... Read More

The preliminary statistics of the Federal Customs Authority, or FCA, showed that imports amounted to Dh340.1 billion, exports to Dh63.3 billion and re-exports to Dh121.4 billion. The UAE has continued to strengthen its position in the world trade map, and expand the role it plays in facilitating trade between the countries, driven by the rise in economic activities boosted by competitiveness in many global indicators.

Trade was dominated by gold, diamonds, automobiles and metals, as... Read More 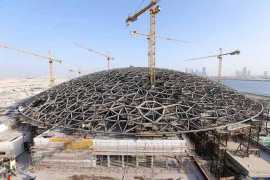 Abu Dhabi: Following months of testing, the massive dome of the Louvre Abu Dhabi has been successfully lowered into its final position.

The operation is the first of its kind in terms of the construction sector for a permanent structure of this scale and size, the Tourism Development and Investment Company (TDIC) announced on Sunday.

Dubai Investments Park [DIP], the largest integrated commercial, industrial & residential community in the Middle East and wholly-owned by Dubai Investments PJSC [DI], is emerging as the preferred manufacturing hub for world-class armoured vehicles, with more and more companies setting up base within the business park.

The delegation, which includes the secretary general of the BIE, is checking on the progress of Expo 2020 Dubai.

An official delegation from the Bureau International des Expositions (BIE), the governing body of World Expos, is visiting Dubai to check on the progress of Expo 2020, it was announced on Monday.

Emirates Group said on Monday its airlines fleet is 14.5 per cent more fuel efficient than the IATA average

More than 100 e-gates are installed at Terminal 1 and 2 of the Dubai airport while smart gates are available at Terminal 3 for residents over 17-year-olds.

As many as 1.7 million passengers have passed through smart gates at the Dubai International Airports, according to Dubai Immigration authorities.

“Up to 530,000 people have registered in the immigration smart gates so... Read More