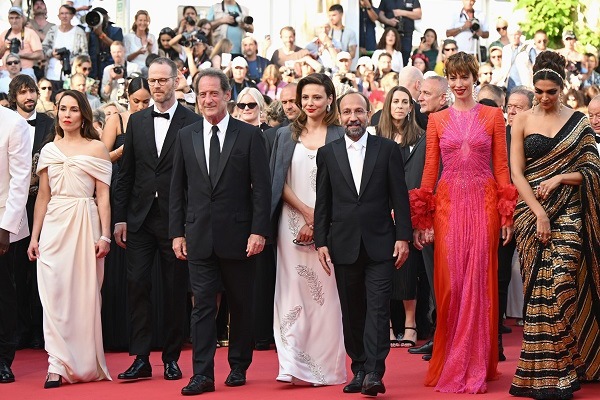 On 17th May 2022, the 75th Cannes Film Festival rolled out the red carpet for Tom Cruise while French fighter jets roared overhead streaming smoke trails of red, white and blue. Once again, the festival and Hollywood had joined forces to declare their shared values – liberté, égalité, fraternité, publicité! – while delivering a militaristic spectacle that instantly became worldwide news. The message was deafening and strategically on point: After a few rough few years, Cruise was back in force and so too was Cannes.

Cruise was at the festival for a special screening of “Top Gun: Maverick,” the sequel to his 1986 blockbuster breakthrough. While his appearance at the world’s most prestigious film festival may seem strange, it was in keeping with this event, where cinephilia runs deep. And while that love is sincere, Cannes has always banked on stars to generate public relations and keep capital flowing. Billy Wilder’s “The Lost Weekend” was in competition at the first festival in 1946 (it won), a few months after France and the United States signed an agreement opening France to American products, including films.

“Show me the money!” as Cruise said in “Jerry Maguire,” one of the movies featured in a video tribute to the star the night of his premiere. In 13-plus minutes, this highlight reel bounced around Cruise’s decades-long career. It also soon entered semiotically confusing territory when it cranked the triumphal opening of Strauss’s “Also Sprach Zarathustra,” which memorably plays in “2001: A Space Odyssey” when the ape-man realizes that a bone can become a weapon. Was Cruise the new man or the star child? I wondered. Or was this a nod at Kubrick, who directed Cruise in “Eyes Wide Shut”?

Whatever the case, Cruise took over Cannes on Wednesday, fielding questions at one event and lingering on the red carpet at his premiere, where he smiled at fans and signed autographs. By the time he entered the Grand Théâtre Lumière, the 2,300-seat theater in the festival’s headquarters, the screening was running late, and the audience – which watches the red-carpet entrances live on the large screen – was pumped. After the festival’s director, Thierry Frémaux, summoned the star onstage, Cruise thanked everyone and noted that he could see everyone’s faces (“no masks”), prompting loud laughter.

On a public health level, the absence of Covid protocols is questionable, even if it’s in line with the easing of restrictions throughout France. If Cannes is eager to move on from the pandemic, it’s partly because it depends (financially and otherwise) on continuity, including in its role as a defender of cinema. Streaming, the pandemic, a war in Europe – the show will go on, and it will be projected. “We love movies on the big screen,” Cruise said right before Frémaux presented him with an honorary Palme d’Or. A day earlier, Forest Whitaker – he and Cruise were in “The Color of Money” – received one, too.

Cruise aside, the first few days of the festival (it ends May 28) have been relatively quiet, despite the moans of attendees struggling to navigate the online ticketing system. Although ticketing has improved, several programmers took to watching links in their rentals here. That may sound funny, but it’s a drag because being with other people, masked or not, is crucial to Cannes, where movies are not just screened and argued over, but also bought and sold. And, as the pandemic has underscored, being with other people can be really nice.

The festival’s relatively low-key vibe is also partly a function of the movies that have thus far screened. Other attendees have been more favorably disposed than I am to Michel Hazanavicius’s zombie comedy “Final Cut,” which opened the festival on Tuesday and confirms that some things, including humor, can’t be translated. The movie was easily overshadowed on its big night by President Volodymyr Zelensky of Ukraine, who addressed the audience by satellite. Zelensky quoted from “The Great Dictator,” the 1940 film in which Chaplin satirized Hitler. The next year, it was denounced as warmongering propaganda in the United States Senate.

In Cannes or in Hollywood, politics are always part of the movie mix, whether it’s a feature-length ode to the military industrial complex like “Top Gun: Maverick” or a critique of Russian mythology like “Tchaikovsky’s Wife.” Directed by Kirill Serebrennikov, “Wife” tells the story of the marriage between the composer, Pyotr (Odin Biron), and the younger Antonina Miliukova (a superb Alyona Mikhailova), the title character. Profoundly ill-suited for each other, the two soon spiral into a hellish coexistence before going their mutually unhappy ways. He becomes a national monument; she descends into poverty and mental illness.

Serebrennikov (“Leto”), who has been the subject of official Russian censure, takes an unsparing approach to this material. Although the movie begins with smiles and pretty gowns, the mood and visual style change once Pyotr and Antonina wed. What she doesn’t understand – what she can’t grasp, partly because the idea is incomprehensible to her – is that Pyotr isn’t interested in women. He lives in a world of men, one that nurtures him artistically, intellectually and, though the movie is discreet, sexually. A sense of claustrophobia descends and the palette dulls amid the buzzing of flies.

“Tchaikovsky’s Wife” is easier to admire than it is to love. The movie’s relentless grimness may be brutally true, but it also doesn’t leave the viewer much breathing room. By the time Antonina is languishing in a hovel with her tubercular lover, who masturbates while he coughs blood all over his pillow, you may be wistfully wishing for a bit of “The Nutcracker” to help ease the pain. But Serebrennikov has made a complex movie to wrestle with, one that explores intolerance, repression and – on a fundamental level – the brutal price some are forced to pay when a culture elevates its great men.

Directed by Felix Van Groeningen and Charlotte Vandermeersch, “The Eight Mountains” centers on a friendship between two boys – one from the city, the other from the country – that begins in their bucolic childhood. As they grow up, Pietro (Luca Marinelli) and Bruno (Alessandro Borghi) go their separate ways, reunite, fail, succeed and stumble again. With pastoral beauty, a deep sense of longing, allusions to the 2008 economic crisis and a few too many montage sequences, the movie explores questions of identity in a world in which everything has been reduced to its economic value.

In “Scarlet,” the director Pietro Marcello bridges time through the story of a World War I veteran and his daughter. The dead still litter the fields when Raphaël (Raphaël Thiéry, an astonishment) hobbles back home, returning to a small village with few friendly faces. His wife is dead and his baby girl, Juliette, is being cared for by a local woman, Adeline (the marvelous Noémie Lvovsky), who lives in a small enclave outside the village. There, Raphaël  – a talented craftsman who works with wood – nestles into a tiny homey community and painfully tries to resume something like normal life, despite his harrowing losses.

“Scarlet” is a fascinating, slippery movie filled with lyrical beauty, acts of barbarism, moments of magic and unexpected hope. The first half focuses on Raphaël, a huge, lumbering man with a jutting brow and hands the size of hams. As Juliette grows (and is eventually played by Juliette Jouan), the narrative center of gravity shifts from father (a product of the 19th century) to daughter (a woman of the 20th). As he did in “Martin Eden,” Marcello takes an expansive, visually adventurous approach to a story about people and the historical forces that define, imprison and sometimes liberate them. I’m still grappling with the movie, and am eager to see it again.