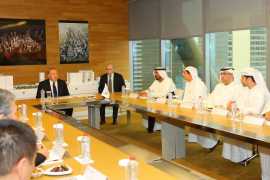 His Excellency Essa Kazim, Governor of Dubai International Financial Centre (DIFC), earlier this week welcomed His Excellency Nursultan Nazarbayev, the President of the Republic of Kazakhstan, as a high level delegation from Kazakhstan visited DIFC for a series of meetings and presentations, in presence of His Highness Sheikh Ahmed bin Saeed Al Maktoum, Chairman of Dubai Supreme Fiscal Committee and His Excellency Abdul Rahman Bin Mohammed Al Owais, Minister of Health and Prevention. 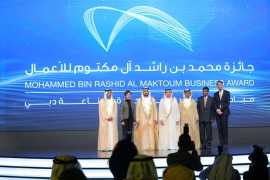 A Visionary Journey of Dubai

In fewer than three decades, Dubai has transformed itself from a regional centre to a global one. This success was not based on oil reserves, but on reserves of human talent, ingenuity and initiative inspired by visionary leadership. Based on the video ‘The Journey: HH Sheikh Mohammed bin Rashid Al Maktoum’ showing the transformation Dubai has undergone in the past 65 years.

For centuries, Dubai has been known as ‘the city of merchants’. During the... Read More 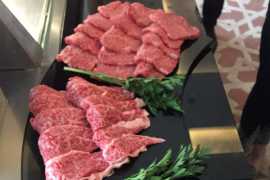 In anticipation of their participation at Gulfood 2017, Japan External Trade Organization (JETRO) hosted a seminar highlighting the healthy Japanese diet, characteristics of authentic Japanese products and the fusion of these ingredients in World Cuisine. Inaugurated by His Excellency Hisashi Michigami, the Consul General of Japan in Dubai, the event provided a platform to promote traditional Japanese ingredients and better explore trade prospects with guests from the food and hospitality... Read More 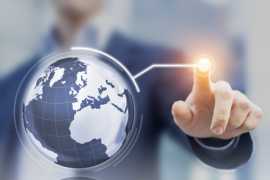 Global GDP expected to grow 2.8 pct in 2017 in spite of many economic and political hurdles

Euler Hermes, the world’s leading provider of trade-related credit insurance solutions, expects world GDP to grow by 2.8 percent year on year in 2017. With the smooth transition of the U. S. presidency from Barack Obama to Donald Trump being completed, the focus on the global economy shifts now to the four blocks United States, Eurozone, China and the Emerging Markets. 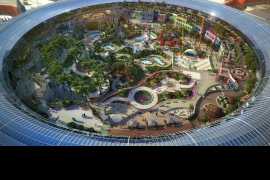 The recently announced Cityland Mall project has strengthened its credentials as the world’s first ‘nature-inspired’ shopping destination by revealing details of Central Park which is its prime attraction. The 200,000 sq. ft. open-air garden will form the core of the mall – in terms of both architecture and its anchoring role in providing a unique sensory experience for shoppers. Central Park has been designed to accommodate 7,000 shoppers at a time in its vast expanse. 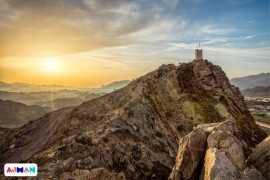 Speaking with Aviamost, HE Faisal Al Nuaimi, General Manager of The Ajman Tourism Development Department (ATDD), said, “In accordance with the trends and targets of Ajman Vision 2021, Ajman delegation to WTM highlighted its significant efforts with regard to the development of tourism infrastructure in the emirate, with the focus of increasing the number of visitors in 2017 by 20%, following the remarkable growth of tourists from Europe to the Emirate”. 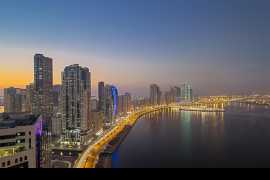 WAM -- The emirate of Sharjah has deep economic ties with Serbia and seeks to strengthen investment and trade ties with the European country, Director-General of Sharjah Chamber of Commerce and Industry Khalid bin Butti Al Hajri recently said.

He was speaking during a meeting with a high-level delegation of Serbian senior trade and economic representatives headed by presided over by Milos Perisic, charge d'affaires at the Serbian Embassy in the UAE.

The delegation, which... Read More 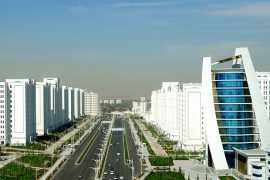 At the end of November 2016, Turkmenistan will bring together senior representatives from various countries and representatives of international organizations to discuss issues of further development of the transport system and its role in achieving sustainable development goals.

Secretary-General Ban Ki-Moon will convene the first ever global conference on sustainable transport, on 26 and 27 November 2016 in Ashgabat, Turkmenistan. In resolution 70/197 titled “Towards comprehensive... Read More 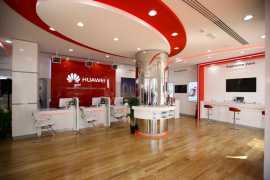 Huawei ranked 72 on the Interbrand’s 2016 Best Global Brands report, moving up 16 spots from its ranking in 2015. This is the second consecutive year Huawei has risen on Interbrand’s list since the company became the first mainland Chinese brand to be recognized as a Best Global Brand in 2014.

According to Interbrand, “Huawei is once again a highlight in the 2016 Best Global Brands report released by Interbrand. Its brand value, approximated at USD $5,835 million, increased by 18%... Read More