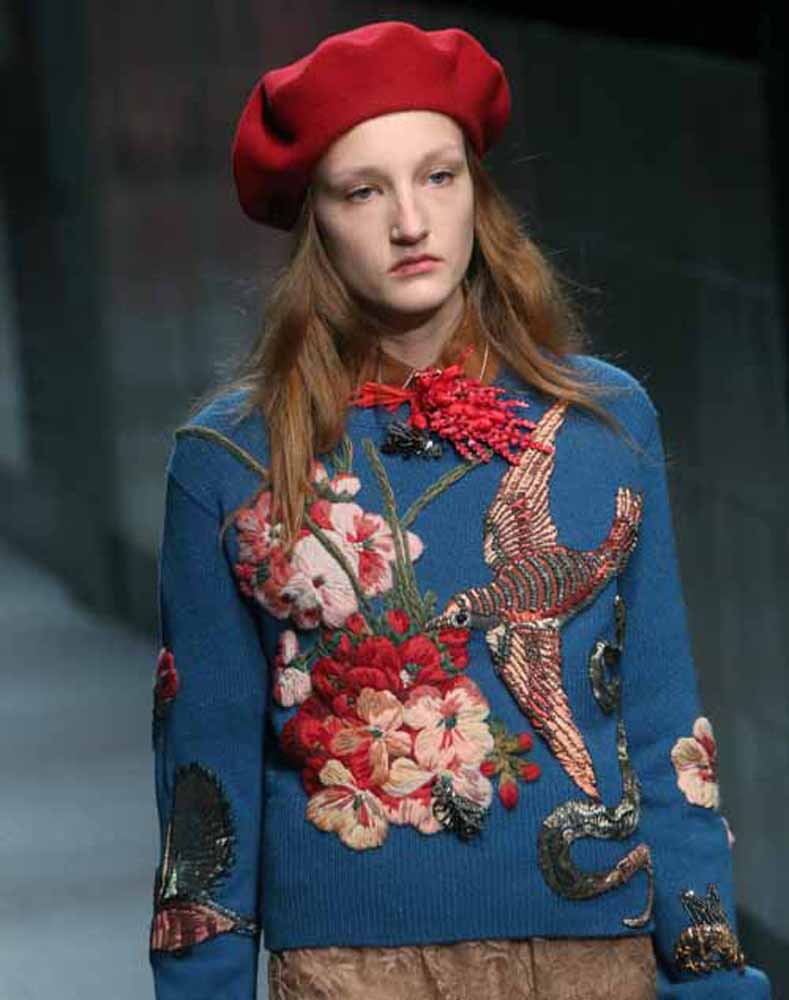 ‘Those who are truly contemporary are those who neither perfectly coincide with their time nor adapt to its demands. In this sense, they are never at home in the present moment. But precisely through this disconnection and this anachronism, they are more capable than others of perceiving and grasping their own time. Contemporariness, then, is that relationship with time that adheres to it through a disconnection.’ (G. Agamben)

The Autumn/Winter collection for 2015-16 explores the world through this disconnection. It doesn’t limit itself to a simple recording of the present, rather it embodies that elusive threshold between the ‘no longer’ and the ‘not yet.’ This is a threshold of temporal f luxes, where relics of the past merge with signs of the future. Within this frame, forgotten fragments become incorporated into new horizons of meaning: f lowers borrowed from tapestries abandoned in old attics, birds embroidering precious promises of love inspired by Georgian atmospheres, pleated dresses whose folds overf low with memories. The collection celebrates untimely details, quintessential interferences, discrepancies and diachronies, which reclaim their discordance with the present in order to better comprehend the present itself.

There is no room for consolatory nostalgia. Rather the need to aff irm freedom. The freedom to revive stored-up possibilities. The freedom to construct new meanings at the intersection of diverging temporalities. The freedom to choose who you are, beyond what has already been dictated. The contemporary city as background: a place of unexpected events, rifts, remnants and amnesias. But above all it is a place for the mingling of reality and desire, testimonies and prophecies, traces of pre-existing worlds and glimmers of worlds in the making: the clues required to create new languages and to envisage new possibilities of existence.