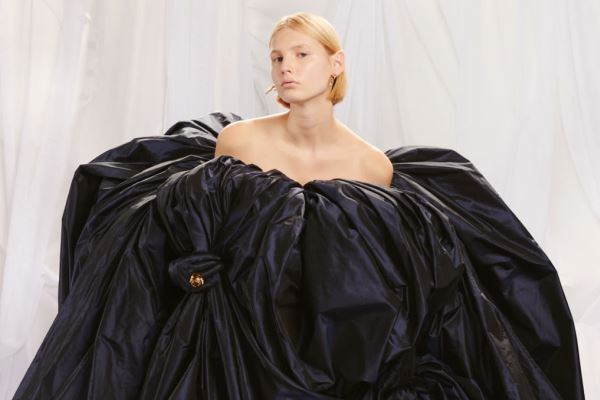 Glenn Martens unveils his vision of Gaultier haute couture – the second designer to do so, after Chitose Abe of Sacai last season – Martens was doing what he does so well: exuding grace and humor under pressure. And make no mistake, the pressure is indeed on. “Apparently, with couture, you finish it the minute before it goes on the runway,” Martens said, with a laugh. “So, we are a bit stressed, but not for the first time.”

One of the looks he was furiously working on, viewed courtesy of a 360-degree spin around via his iPhone, is a Breton marinière which has been turned into a dress and then hand-embroidered to ripple 3D-style with hundreds of faux coral fronds. The sailor stripes are pure Gaultier, yet the twists to this dress – the folded-over shoulder line, the knit panel which sinuously and unexpectedly juts out from the left hip – are pure Martens at Y/Project. The designer, as you likely know, is also currently kicking it out of the park at Diesel. 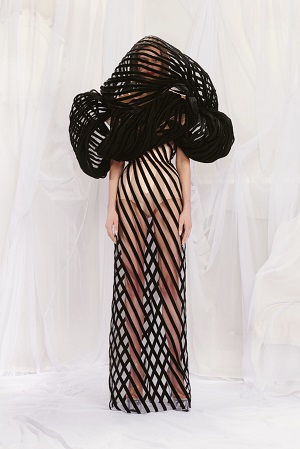 In essence, that’s what makes this collection so magical, so right and – not a quality that should ever be underestimated – so much fun. Martens gave us at a joyful, escapist exercise in what you can do when you’re let loose in the wunderateliers that are the Gaultier workrooms, and you yourself are a designer who’s not exactly averse to getting a little inventive, maybe even a little crazy, with the construction and execution of your work.

“I am only doing this for one season, so it’s not like I have to envision a whole new future for the house; that’s a very different exercise,”  – Martens said. – “This is a celebration of Gaultier. I’ve stayed close to the woman Jean Paul created in the past—pure diva goddess beauty, hips, whatever, all that drama he loved. I’m building on that through what I think of his iconic Gaultier moments. This marinière…it’s so him, but I completely fucked it up with all the fake coral spikes. I’m reinventing those iconic moments in my own way.”