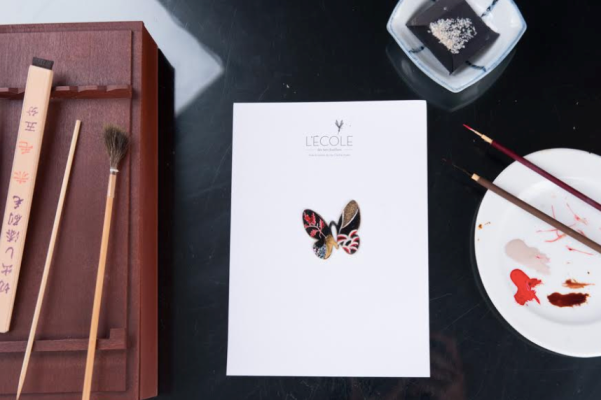 A pop-up version of renowned Parisian jewellery school L'Ecole Van Cleef & Arpels has opened up at Hai D3 in Dubai Design District: courses and exhibitions will be running until April 13.

There are 14 courses, four free exhibitions (open to the public from 9am to 9pm), as well as complimentary conversations and rooftop cinema screenings.

While the school is run by storied French jewellery house Van Cleef & Arpels (which dates back to 1906), the courses and exhibitions don't exclusively cover that brand, meaning you'll learn about the full history of jewellery in the educational courses, from Van Cleef to Cartier.

There are classes for amateurs and enthusiasts, all of which cost Dh525 each, and they are repeated on multiple dates until April 13. Head here to see the full schedule.

One of the most popular workshops is 'Recognise the Gemstones', a four-hour class where you will be able to train your eye to think like a gemologist and analyse stones; on the same topic, 'Discover the Gemstones' runs you through the different minerals and is more of a starter course, but also runs over four hours. There are also two courses that delve deep into the shimmer of diamonds.

There are multiple historical courses on offer, too, including one that explores talismanic jewels called 'Amulets and Precious Symbols'; while you'll get a true overview on the history of artisanal jewellery at the 'From Louis XIV to contemporary artists' course. There is also a course on how gold has been a symbol of power through the ages.

There are options where you will learn the finer points of jewellery making. The four-hour, eight-person 'From French jewels to Japanese lacquer' is particularly popular: a master of Japanese Urushi lacquer helps teach the course. 'Trying out the Jeweller's Techniques' will see a master take you through how they craft pieces; while 'From design to mock up' guides you from sketching to a pewter mock-up.

There are creative classes for kids on offer, too, all of which are two hours long. They include 'Make your Treasure Chest', 'Create a Precious Clock', and 'Crowns & Swords'.

A course held by a fine French jewellery school - what a very classy school holidays activity option. Unfortunately, these courses are all already booked up, but you can subscribe to the waitlist here.

There will be six evening discussion in the outdoor patio at Hai: these are all free to attend. Topics covered include the history of pearls; Art Deco objects; calligraphy in jewellery design; emeralds; pearl merchants; and jewellery from Saudi Arabia.

Indie film experts Cinema Akil have teamed up with L'Ecole to present six rooftop cinema screenings, all of which are free. The films start at 7pm each night they are screening, and include Sally Potter's 1983 avant-garde feminist classic The Gold Diggers; 1955 French crime film Rififi and Roberto Rossellini's 1966 docu-drama The Taking of Power by Louis XIV. See the full schedule, and book a space for the free screenings, here.

There are exhibitions with free entry, which are open from 9am to 9pm every day. There is a fascinating tour of the Art Deco objects that make up the Prince and Princess Sadruddin Aga Khan Collection - which show the different global influences on Art Deco objects. There is also a well-curated historical dive into the pearl merchants of the early 20th century, focusing on how pearls boosted trade routes between France and the Gulf. And, in another hall you'll find an exhibition on the jewels of Saudi Arabia, which reflect the styles and lifestyles of the various Saudi regions in the 19th century.