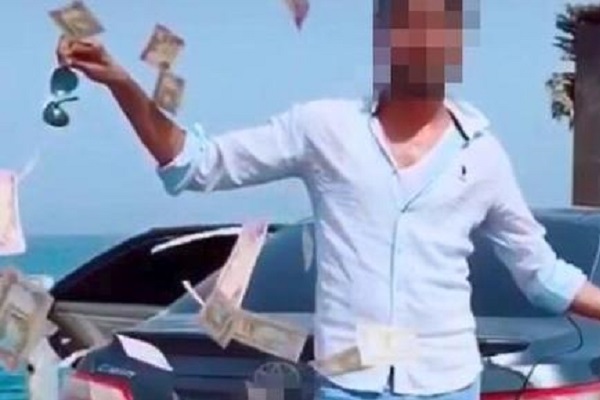 A man who threw money into the air for a social media stunt has been arrested by police in Dubai.

The Asian man is seen tossing a pile of notes in a public area in footage released by the force.

He was arrested after a probe was launched by the police's department of electronic investigation.

He admitted posting the content in order to increase his popularity online.

Police did not disclose whether the money used in the video was Emirates currency or what the specific law the man is accused of breaking.

Colonel Faisal Al Qasim, director of security media at Dubai Police, urged members of the public to use social media responsibly and refrain from behaviour which may contravene the values, cultures and traditions of the UAE.