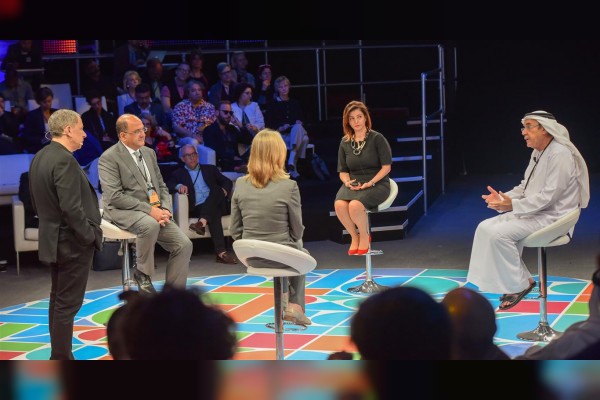 WAM -- Participants at the 2nd session of Culture Summit 2017 Abu Dhabi, have stressed the importance of including the subject of heritage in the educational curriculums to strengthen societal awareness and place an overall plan to protect endangered culture and heritage, especially in the Arab world, with the help of international organisations.

They also emphasised the necessity of documentation using technology, highlighting the importance of heritage in achieving sustainable development, according to the United Nations Development Goals for 2030.

This came during the summit’s dialogue that focussed on culture as a factor of change in the digital age, the role of arts and media in the new global cultural reality, and the methods of preserving culture during the coming decades.

The summit is attended by Dr. Zaki Anwar Nusseibeh, Assistant Minister of Foreign Affairs and International Co-operation and Cultural Advisor at the Ministry of Presidential Affairs; Dr. Zaki Aslan, Regional Representative of the International Centre for the Study of the Preservation and Restoration of Cultural Property in the Arab World; Princess Dana Firas, Chairwoman of the Petra National Foundation, and Mariet Westermann, Executive Vice President for Programmes and Research at the Andrew W. Mellon Foundation.

Dr. Nusseibeh stated, during his participation in a session titled "The Factors and Method to Preserve Culture during the Coming Decades", the importance of the initiatives launched by the UAE to protect the global heritage.

He added that culture is the main engine that develops communities, citing that Abu Dhabi initially realised the importance of culture and education to achieve the sustainable development. He further noted that the Culture Summit 2017, involves discussions by intellectuals in areas of culture, art and literature, about the most successful means of employing the international cultural movement in solving difficult issues and facing challenges in the age of globalisation.

In a statement to Emirates News Agency, WAM, Dr. Nusseibeh said that the tradition of protecting the UAE’s national cultural heritage dates back to many years. "This can be seen in the cultural heritage landmarks across the UAE."

He noted, "Our interest in the cultural heritage is not only to honour the legacy of the forefathers, but also stems from deep faith in its ability to prepare and train the future generations of the world about the cultural heritage, being a mirror for human civilisation, history and identity, he added.

He recalled that Abu Dhabi hosted last December the International Conference for the Safeguarding of Cultural Heritage in Conflict Areas, which concluded with adoption of the Abu Dhabi Declaration, and the commitment to establishing an international fund to protect the cultural heritage in conflict areas, as well as to establish a network of safe haven to care for heritage and provide temporary protection for the endangered cultural properties.

All participating countries at the conference pledged their support to the initiative by committing US$75 million to the fund to protect the endangered heritage, while H.H. Lt. General Sheikh Saif bin Zayed Al Nahyan announced the UAE’s contribution worth US$15 million to the International Alliance for the Protection of Heritage in Conflict Areas.