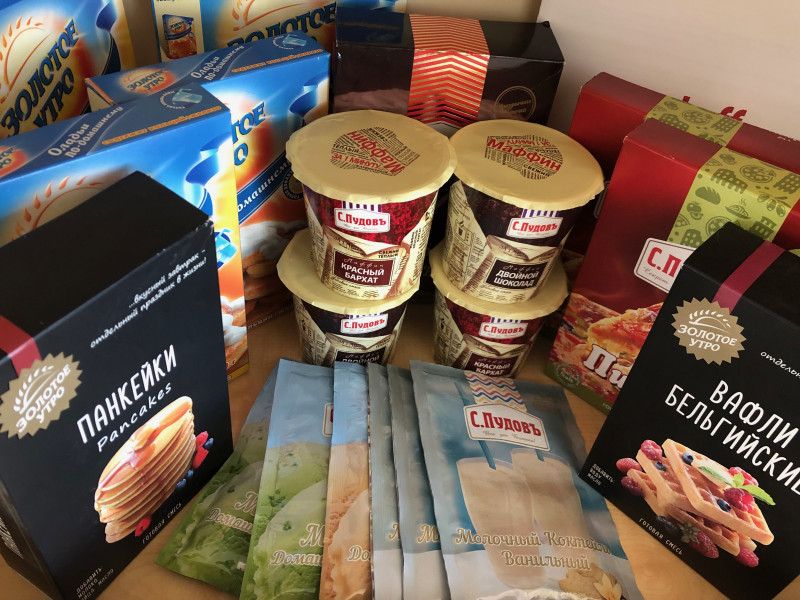 (WAM) -- Russia is looking to increase its agricultural exports to the UAE, in a bid to take advantage of the UAE’s highly receptive and rapidly growing market for food products, say Emirati and Russian trade officials.

Over the past few years, Russia has made several steps towards enhancing its business presence in the UAE in this sector and others with the opening of a Trade Representative office at the Russian Embassy in Abu Dhabi in 2017, and the inauguration of the Russian Food House, RFH, in Dubai in 2019.

Speaking to WAM on how the UAE can benefit from Russian food exports, Omar Khan, Director of International Offices at the Dubai Chamber said, "Home to a booming agriculture sector, Russia is actively pursuing efforts to boost its food exports to the Middle East and Asia."

"The UAE stands to benefit from this trend as it remains the preferred re-export hub for Russian products and commodities in the region, providing exporters with access to around two billion consumers in surrounding markets," he added.

According to the Russian Business Council, RBC, Russian companies have been showing a growing interest in major exhibitions taking place in Dubai all year round, including Gulfood, which witnessed increased Russian participation this year.

"In addition to real estate, logistics, aviation and energy, Russians have diversified their work in the UAE ... Russia is also looking to increase agricultural and industrial exports to the UAE," the RBC told WAM.

"The UAE has become home to thousands of Russians and it continues to be an attractive destination for Russian companies seeking to enter the regional market," it added in a statement.

Furthermore, Khan explained, Russia offers the UAE a "tremendous business potential" in various economic sectors, and the Dubai Chamber is working on increasing these ties with the opening of an office in the region to pinpoint business possibilities in Russian and Eurasian markets.

Dubai Chamber’s international office in Baku, Azerbaijan is playing a crucial role in identifying business opportunities in Russia and other Eurasian markets and promoting Dubai as a preferred business hub for Russian companies, he said.

"Since we opened our very first international office in Baku seven years ago, the number of Russian companies registered with Dubai Chamber has nearly tripled to reach 550 today."

Being a home to a fast-growing and cosmopolitan population, which is increasingly driving up demand for a diverse range of food products, the UAE makes a favourable market for Russian food exports, Khan said.

"Given that the UAE imports more than 85 percent of its food requirements, the government is very keen to diversify its food import markets and cooperate with other countries on food security," he explained.

He went on to say that at the same time, Dubai is a major hub for food products from around the world, which are re-exported through the emirate to surrounding markets in the GCC, Africa and Asia.

"Around AED900 million worth of agricultural products and foodstuff were exported from Russia to Dubai in 2018, while more than AED104 million Russian food-related products were re-exported through the emirate. Yet, there is plenty of room to broaden this scope in the future and explore new product categories," he stated.

The UAE offers plenty of competitive advantages and strengths, which makes it a preferred market for Russian companies, Khan believes.

"Such as its more than 40 free zones offering value-added services, 100 percent foreign ownership, an investor-friendly environment, no corporate tax and its fast-growing MICE [meetings, incentives, conferencing and exhibition] industry as Dubai hosts some of the world’s largest exhibitions and conferences every year.

"Another factor, which makes the UAE an appealing destination is its booming tourism market which is set to expand further in the near future as the country plans to welcome 20 million tourists for Expo 2020," he said.

In its latest annual report, the UAE Ministry of Economy recorded the total volume of trade between the UAE and Russia in 2018 at US$3.4 billion. Ministry figures listed wheat products among the highest imports after diamonds, at AED470 million, followed by chocolate products amounting to AED400 million.

Alexei Busev, General Director of INCONA, a consulting company for entrepreneurs in both Russia and the UAE, and operator of the Russian Food House, said Russian manufacturers have the needed capacities for meeting the food demands of the UAE market.

"And with the support of the Russian Food House in Dubai, they can plan further expansion to the markets of other GCC countries," noted Busev who is also Chairman of the Russia-Emirati Commission at the Moscow Chamber of Commerce.

The RFH opened earlier this year for the purpose of promoting Russian food products in the UAE and the GCC markets. It connects Russian companies with UAE businesses interested in buying products such as confectionery, grains and cereals, soft drinks, baby food, beef and chicken. It includes a showroom of the products and a tasting hall.

Moreover, although one might not think of Russia as a producer of halal food, yet, as Busev explained, with around 12-15 million Muslims living in Russia, they are creating a significant demand for halal food in Russia.

"One more growth driver for this sector in Russia is that halal food is becoming popular among non-Muslims too. Customers associate halal food with high quality and eco-friendly production, therefore, it is gaining popularity in Russia," he emphasised.

Speaking about Russia’s export ambitions in the region, Kirill Pushkarev, Head of Press at the Russian Export Centre Group, said, "We are actively developing our cooperation with the UAE... we are sure that the exhibition hall [RFH] will contribute to establishing promising B2B contacts and effective promotion of Russian products both in the UAE and across the African and Asian continents."