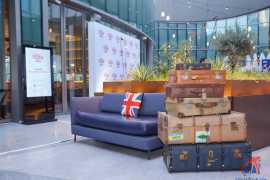 VisitBritain rolls out new ”I Travel for..." campaign in the GCC

Britain’s national tourism agency VisitBritain has today launched a new marketing campaign in the GCC to boost tourism to Britain.

The ‘I Travel For…’ digital marketing campaign was officially launched in the GCC at a VisitBritain reception at Dubai Opera House hosted by Philip Parham, British Ambassador to the United Arab Emirates and Tricia Warwick, VisitBritain’s Director for Asia-Pacific, Middle East and Africa.

The launch event was attended by more than 80 businesses and... Read More 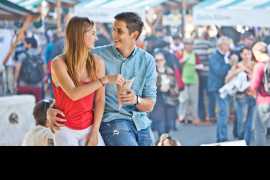 Slovenia has the word LOVE in its name, so it is a true paradise for romantic experiences. It is full of hidden dream spots where you can enjoy your unforgettable moment, be it a wedding or an engagement in the idyllic surroundings of Slovenian landscape or at one of the many castles. Or you can lavishly pamper yourself at a spa. Spending a night in a tree, experiencing your wedding kiss high in the mountains, ringing the bell of wishes, or dining with a view of the sunset over the sea. When... Read More 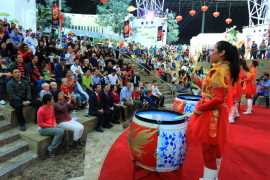 Ferrari World Abu Dhabi’s 4th edition of the Chinese New Year will kick off in the presence of Chinese Dignitaries with a traditional Chinese ceremony to invoke good wishes and a prosperous year ahead. The program of events for the Chinese New Year celebration will feature a line up of... Read More 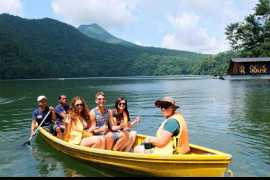 6.6 million Tourists Visited the Philippines in 2017

Philippine Department of Tourism (PDOT) achieved a “milestone” after reaching an all-time high of international tourist arrivals in 2017 at 6,620,908. This marks the unprecedented growth of the country’s tourism industry, the DOT said. Latest data released by the DOT showed tourist arrivals grew 10.96 percent from the 2016 arrivals of 5,967,005.Philippine tourism even bested the average tourism growth of Asia and the Pacific which is at six percent and Southeast Asia at eight percent,... Read More 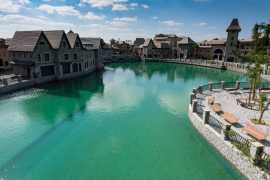 Riverland™ Dubai, the free to enter, themed dining and entertainment destination located at the heart of Dubai Parks and Resorts, today unveiled the details of its 15-day Chinese New Year celebrations event. The “Chinese New Year Temple Fair” will run from February 10th-24th, 2018 with various Chinese cultural activities, entertainment and decorations to commemorate the Year of the Dog.

Guests will enjoy a host of Chinese cultural events and performances, including a traditional... Read More La Mer, a world-class beachfront developed by Meraas to diversify the fabric of Dubai’s offering to visitors and residents, will open its first phase to the public from 15 October 2017. Stretching out into the ocean from the prestigious Jumeira 1 neighbourhood, the breath-taking destination promises to be an inspiring environment, while setting a new global benchmark for beachfront developments with its uninterrupted views of the Arabian Gulf and iconic city skyline. 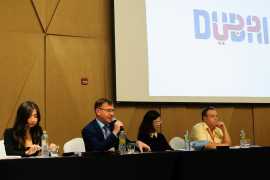 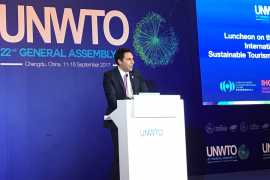 Celebrating nine months as a sponsor of the International Year of Sustainable Tourism for Development 2017, Mattar shared with industry peers that further growth is expected throughout the remainder of this year as Ras Al Khaimah readies to opens... Read More 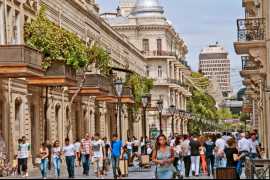 Time for obtaining evisas to Azerbaijan reduced to three hours

Azerbaijan is now leading as one of the favorite destination for Arab travelers, an emerging destination of choice for tourists searching for unique places to visit and the country that easiest to get Visas to. Until recently, Azerbaijan was a stalwart on the 'Hardest visa to get' list. But, this new inclination for Azerbaijan as the hot spot destination has had the Azerbaijani government reconsider their policies on visa application to the state. Now, the whole process of getting a visa to... Read More 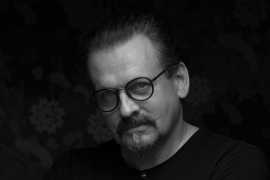 The wonder behind La Perle show

La Perle’s stage is a hive of activity. With only a couple of weeks until opening night on 31 August, the venue – nestled between The W and Westin hotels in Dubai’s Al Habtoor City – is teaming with nearly two dozen personnel, all working to fulfil one man’s indomitable vision. That man is Franco Dragone, a former director of Cirque du Soleil, who is credited with fusing the high art of theatre and ballet with the audience draw of circus-style entertainment. Pavel Brun, Associate Assistant... Read More