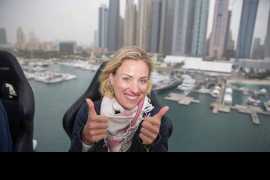 Dubai Duty Free Tennis Championships WTA top seed Angelique Kerber got a bird's eye view of the Dubai Marina yesterday, as she was joined by friends including WTA President Micky Lawler, for Dinner in the Sky.

The world number two was thrilled to experience arguably the world's most unique dining concept, as Dinner in the Sky takes guests 50 metres up, suspended by a crane, to enjoy a meal. The Dinner in the Sky concept was introduced 10 years ago in Belgium and Germany and since then... Read More 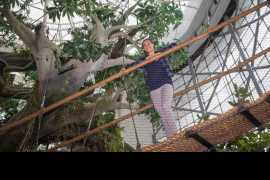 Caroline Garcia, the Dubai Duty Free Tennis Championships’ top seed in the doubles, went back to nature with a visit to The Green Planet yesterday Tuesday and seems to have thoroughly enjoyed her experience.

The world number three in doubles enjoyed the interaction with the animals, taking selfies with the birds and a baby rainbow boa constrictor and she even held a hissing cockroach! The region’s first bio-dome recreates a tropical forest with over 3,000 plants and animals, offering... Read More 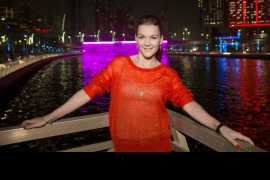 During her cruise down Dubai Canal, tennis ace Agnieszka Radwanska marvels at waterfall

Dubai Duty Free Tennis Championships tournament fourth seed Agnieszka Radwanska took some time out yesterday to enjoy a trip along the new Dubai Canal. Radwanska, the world number six, and 2012 Dubai champion, toured part of the 3.2km waterway which was opened in November 2016 in a RTA luxury water taxi operated by Excellence Limos. Radwanska marveled at the waterfall, lit with bright pink lights, where the Canal meets the Sheikh Zayed Road bridge.

The WTA event, which features US... Read More 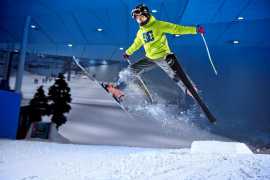 Discover Ski Dubai, the first indoor ski resort in the Middle East! An amazing mountain-themed wintery set-ting where you can enjoy skiing, snowboarding, tobogganing, take part in many snow events and meet and play with Ski Dubai's newest residents; the Snow Penguins!

Experience rolling down the Giant Ball run, jumping a 10ft. ramp, spiralling down the tube slides, sightseeing in the chairlift or just relaxing over a hot chocolate at minus 4 degrees... So enjoy real snow, all year... Read More 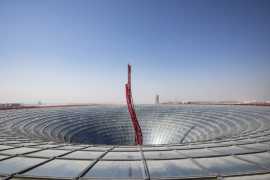 Get ready for the most heart-pounding roller coaster ride in the world at Ferrari World Abu Dhabi this March!

Ready for the most thrilling roller-coaster ride of your life ever? March 2017 will see the launch of ‘Turbo Track’ the most “heart-pounding roller coaster ride in the world” at Ferrari World Abu Dhabi.

Based on a modern Ferrari driver training facility, it comprises a 180-meter track which stretches from inside the building and out through the glass roof, reaching 62-meters above the very heart of the famous attraction. It will shoot a car at a top speed of around 102km/h along a... Read More 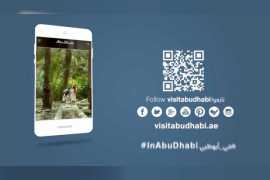 The latest version of the Visit Abu Dhabi app, which gives users instant access to all that is new in the emirate via their mobile phones and tablets, won top spot in the Tourism category at the prestigious ceremony, which was held in Dubai on... Read More 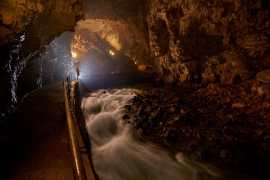 One year anniversary of Postojna’s batch of ‘baby dragons’

It has been a year since the moment that astonished and thrilled Postojna Cave, Slovenia and the world. On Saturday, 30th January 2016, the first olm egg was noticed on the glass of Postojna Cave's aquarium. Over the following 8 weeks, the mother olm laid 64 eggs, from which 22 eggs developed into larvae and 21 young have been growing and developing over the past year. Today, they are about 6 cm long.

“The olm juveniles won’t be released into their natural environment, since they... Read More 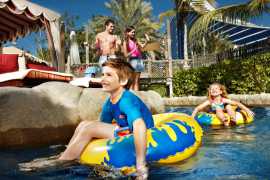 Dubai’s pristine beaches offer an exciting variety of water activities such as diving, jet skiing, parasailing, snorkeling, yachting, powerboat rides as well as an amazing range of extreme watersports such as bungee jumping, sky diving, kitesurfing, kayaking, windsurfing, wakeboarding, flyboarding and what not for those who seek to push their limits! 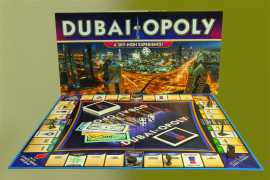 Dubai Chamber of Commerce and Industry has announced that it has launched “Dubai-Opoly”, a new recreational game as part of its efforts to promote Dubai as a global hub for business and trade.

Modelled after the world-famous “Monopoly” board game, Dubai-Opoly will soon hit store shelves in the UAE and GCC region, and feature some of the emirate’s most prominent landmarks and attractions. The new game complements Dubai Chamber’s efforts to strengthen the emirate’s reputation as a... Read More 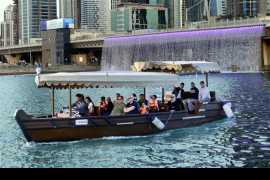 Now enjoy a ride aboard a traditional abra on the Dubai Water Canal!

The Roads and Transport Authority (RTA) announced the operation of a traditional abra on the Dubai Water Canal as part of the plan of the Marine Transport Department for expanding the delivery of tourist services, and the deployment of modern transit means at  various tourist attraction points. The step is taken in the context of RTA’s endeavors to bring happiness to people, and further enhance the tourist credentials of the Emirate.