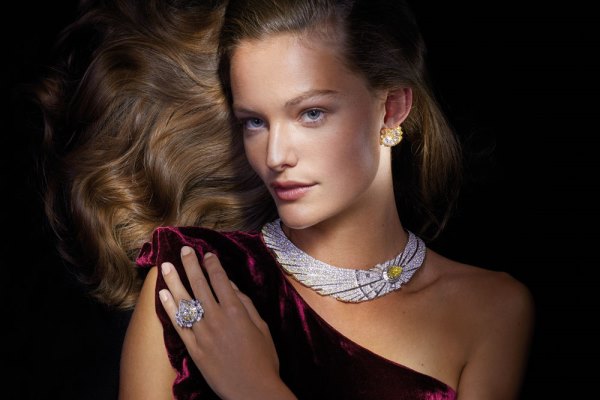 Van Cleef & Arpels just showcased its latest High Jewelry collection titled ‘Sous les Étoiles’, or ‘under the stars’, for the first time in the Middle East at the Al Maha Desert Resort in Dubai. The maison is known for its tributes to nature, and this new collection continues this legacy by inviting us to look up and explore the beauty of the universe. Using a multitude of precious stones, materials, and jewelry techniques, the collection embodies the beauty of the cosmos and carries on Van Cleef’s fascination with depicting the sky and stars.

150 heavenly High Jewelry creations offer a striking vision of the universe, inspired by cosmic landscapes revealed in recent astronomical images. The mesmerizing pieces give life to the cosmos with dynamic outlines, dazzling silhouettes, and chromatic explosions, allowing us to dream of both gems and the heavens in all their hidden beauty. Between emerald, sapphire, and diamond baguettes, the interplay of gems in a multitude of dazzling colors in this collection truly encapsulates celestial phenomena. 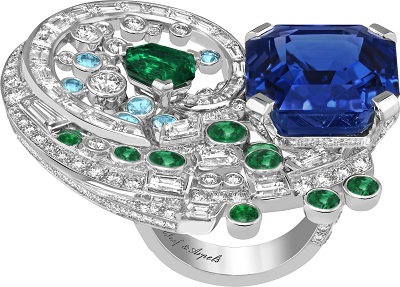 “The Maison has always been interested in the instant where observing nature encounters poetry and the imagination,” states Nicolas Bos, President and CEO of Van Cleef & Arpels. “For this new collection, we wanted to prolong the adventure that began with Jules Verne, by exploring the literary and scientific tradition of which his work forms a part. It led us to the classical author Lucian of Samosata imagining a voyage in space, to Johannes Kepler and his inspirational text The Dream, or Lunar Astronomy – written in the early 17th century – and to Camille Flammarion, who published his wonderfully illustrated Astronomie populaire in 1880.” 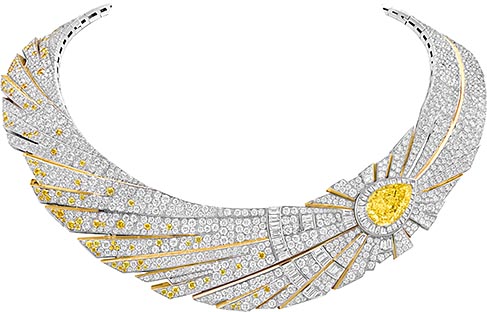 Remarkable for its brilliance and vivacity, this necklace is inspired by the passage of Halley's Comet, visible from Earth every 75 years. The Maison interprets it here in a radiant composition, accentuated by a contrasting interplay of white and yellow diamonds. The creation is illuminated by a Fancy Vivid Yellow diamond weighing 11.29 carats, symbolizing the head of the comet.

This necklace is inspired by the comet 41P which is a member of the Jupiter family and its blue-green glow can sometimes be seen at night, if you’re lucky. The emerald, sapphire and diamond baguettes setting looks like an explosion of light around the neck. At the tips are 96 emeralds weighing a total of 62.30 carats, and the entire necklace sits delicately around the décolletage thanks to its flexible structure. 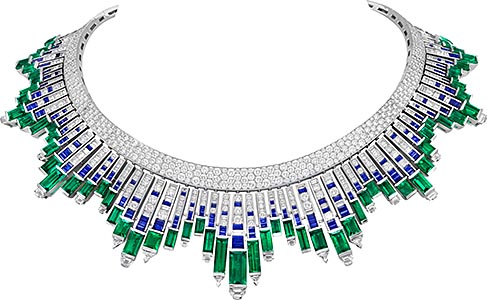 Back in 2010, the Maison paid homage to Jules Verne’s novel De la Terre à la Lune (From the Earth to the Moon, 1865) in its Les Voyages Extraordinaires high jewellery collection. Now, the earth and moon come together surrounded by dazzling diamonds, baguette-cut sapphires, and yellow sapphires. Unparalleled craftsmanship is at the heart of this bracelet, where several complicated techniques are employed to set the precious stones to make this jewel the outstanding piece of arm candy that it is in this Van Cleef & Arpels’ Sous les Étoiles collection. 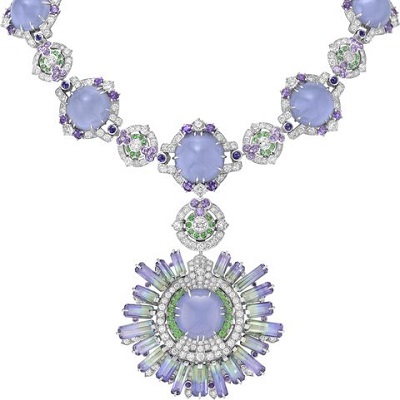 Much brighter than the Sun, Cepheids are giant stars whose intense brilliance varies rhythmically from week to week. They have provided Van Cleef & Arpels with the inspiration for the Céphéide set, which depicts the radiance of these heavenly bodies in a bold gradation of shades. Punctuated by mauve sapphire, tsavorite garnet and diamond motifs, the necklace showcases eleven chalcedony cabochons, weighing a total of 159.72 carats. 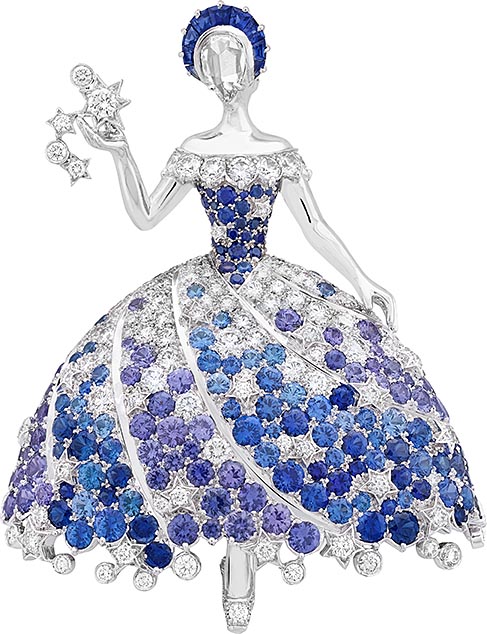 The clips of the Sous les étoiles collection alternate figurative and abstract aesthetics, giving life to stars, or symbolizing a window on an infinite cosmos. Ornamental stones, such as lapis-lazuli, turquoise or sugilite associate in surprising combinations of colors. 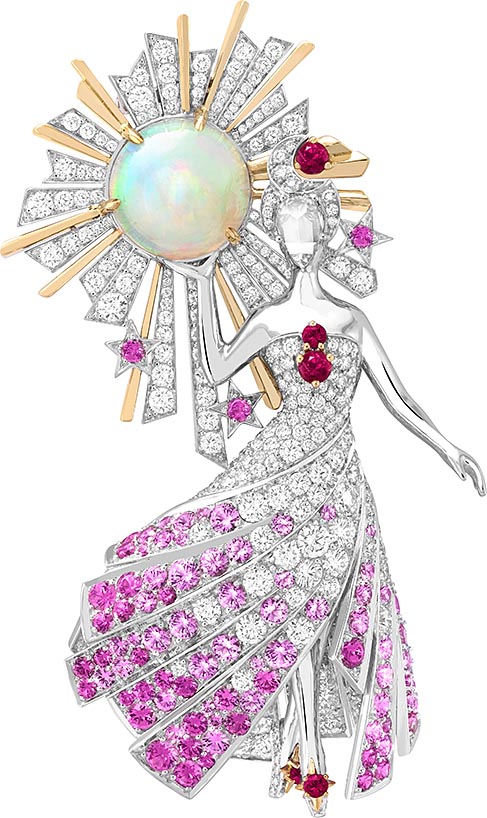