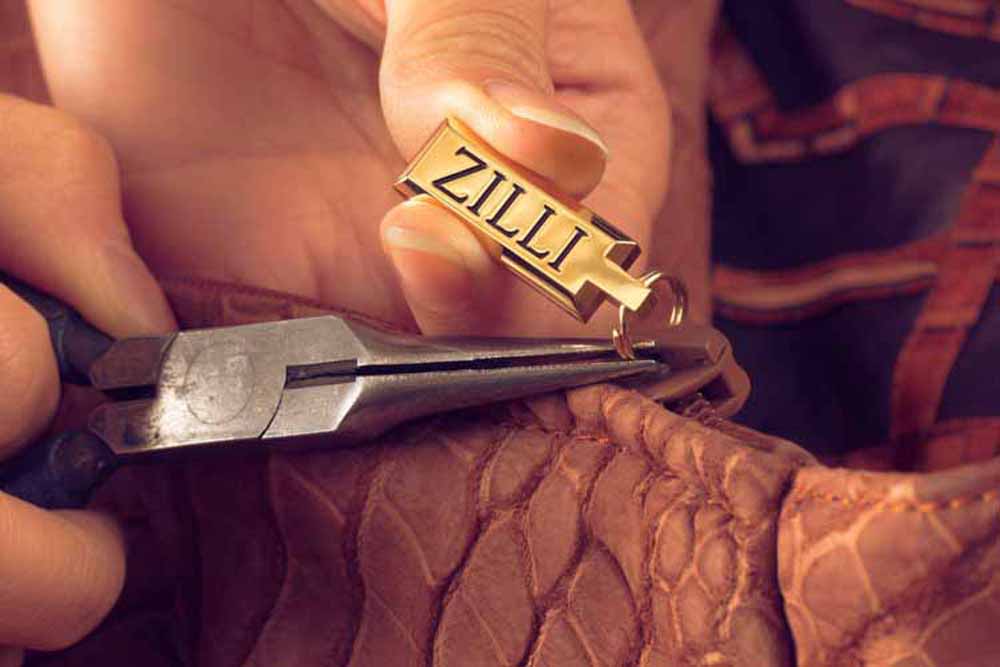 Founded in Lyon in 1970, ZILLI remains an independent family-owned and run business. Its founder Alain Schimel has worked hard to preserve this independence, paramount to unrestricted creativity, a measure of the authenticity sought by its customers. The name is renowned all over the world as it continues to produce its crafted luxury menswear in France. Italy and ZILLI are intimately associated. Through each generation of the family and through the skills that only a few Italian workshops still master: shirts, suits, knitwear, jeans and shoes are Made in Italy to meet the high standards of quality demanded by the House.

Maintaining the status of this House requires belief in certain values like excellence, singularity, rigor, character. Success, ZILLI owes it of course to its style. Peccary jackets, saddle-stitched lapels, hand-made silk-satin ties, triple stitching, cashmere sweatpants with crocodile inserts, rivets on denim plated with three-micron gold. Far from passing trends, the House has built up a contemporary elegance where excellence meets the exceptional.

Here, creativity and know-how converge to magnify the most exceptional fabrics. With a team of twelve, Roberta Fiocchi-Schimel, creative director, watches over this complicity between the style bureau and the workshops. Passionate and feisty, the founder’s wife embraces the creative audacity that brings the ZILLI collections to light.

The brand is worn by many celebrities, to name a few are: Aaron Young, Arnold Schwarzenegger, Aksel Ustun, John Lenon, John Wayne and Françis Bacon.