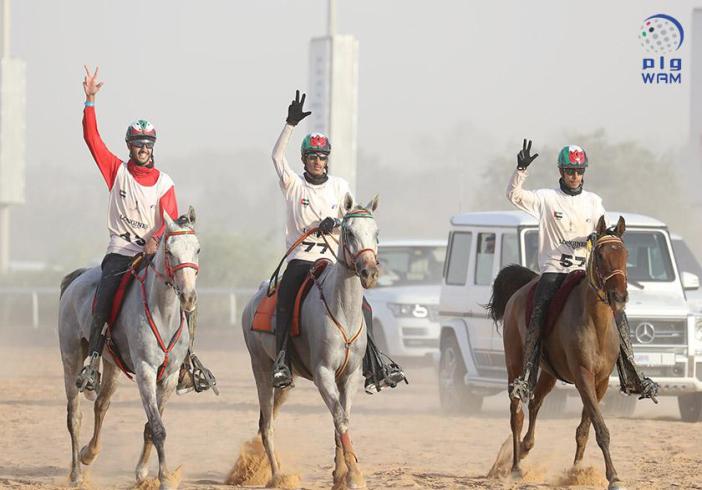 WAM -- The UAE has become a hub for equestrian endurance sports, and a factory producing champions who display the high stature of the UAE at global competitions, said Vice President, Prime Minister and Ruler of Dubai, His Highness Sheikh Mohammed bin Rashid Al Maktoum.

The event - the largest of its kind in the world- was held at Dubai International Endurance City in Seih Al Salam.

He also expressed his satisfaction with the 160-km race, and praised the organisers for their efforts to produce an event that fits the stature of the UAE and Emirati champions.

H.H. Sheikh Mohammed, himself a globally renowned equestrian champion, honoured the Emirati winners of the race.

Some 750 riders from 40 countries participated in the three races during the endurance festival.